Why You Worry and How to Stop

If you want to learn how to worry less you need to understand why your brain likes to worry because that will free you to find a replacement for that habitual type of thinking. So in this post you’ll learn the three subconscious benefits you get from worry and how to retrain your brain to worry less.

Now, first off, I have to credit Dr. Martin Rossman. He’s the author of the Worry Solution, and he’s an expert in mind-body medicine. This post is basically a concise excerpt from his longer, and I would have to say excellent, YouTube video, How Your Brain Can Turn Anxiety Into Calmness.

Worry serves at least three functions. But real quick, let’s define worry. Worry is a form of thinking. It’s cognition. It’s imagining future outcomes, usually the bad ones. It’s considering all the things that could possibly go wrong. And stress is the physiological response. It’s what happens in your body when you’re physically threatened.

So let’s say a huge dog jumps out to attack you. Your adrenaline surges, your heart rate and your breathing increase, and your blood pressure goes up. So while worry happens in your mind, stress is what happens in your body.

Anxiety is the emotional response. It happens in the limbic system in your brain, and I consider it to be a combination of thoughts and those physical reactions. But basically anxiety creates a strong motivation to avoid a threat. So if you’re anxious around heights, it makes you back away from a cliff edge. If you’re anxious about an upcoming test, you may try to avoid that anxiety either by studying or by procrastinating.

So back to worry, which is the thinking part of fear.

So for example, our ancestors could think about how the day was going to get hot. They could imagine or worry that they would get thirsty, and they could plan how they would need to get water.

They could worry about how the alligators might be at the watering hole, and then they could use their imagination, their amazingly large brains, to think of a way to get water from the stream instead because it would be safer.

And this is the first function of worry. It anticipates problems, and it seeks for ways to prevent them.

But worry can develop into a really unhealthy habit. So if you constantly imagine that the worst thing is happening, then your stress response is always getting triggered, and you just feel sick and anxious all the time. It makes it hard to be present, and you don’t actually solve problems, you just feel unhappy.

Now, our imagination is a skill that most people haven’t been taught how to use optimally. You can learn to use your imagination in a way that helps you and not hurts you. And we’ll get to that in a minute. But first, let’s talk about the other two subconscious reasons why your brain actually likes to worry.

So reason number two, this is called magical thinking. Your brain mistakenly thinks that if it worries and then the bad thing doesn’t happen, that it’s worrying that made the bad thing not happen.

The brain doesn’t like randomness. It wants a reason for why things are the way they are, and it likes a sense of control.

Dr. Rossman shares this story. He said there was this man in England who noticed that every day at 3 pm his neighbor walked around his house three times. And he asked his neighbor why he was doing that, and she said, “Because it keeps the tigers away.” And he said, “Oh, there are no tigers here. And she said “See, it’s working.”

The magical thinking says that if I expect good things to come, I’ll jinx myself. Or if I let my guard down or if I hope for the best, then something bad will always happen. There’s something about this that feels emotionally true.

But when the brain makes the connection between worrying and bad things not happening, it rewards you for worrying. It thinks, “Let’s do that again. You should do more of that; it worked,” and then it reinforces that habit, which makes you worry more.

So the third function of worry is that it’s a great way to avoid feeling. So if you experience some unpleasant emotions, like sadness and anxiety, and then you switch your brain into analysis mode or planning or thinking mode, then you can use worry to distract yourself from your feelings.

And this can work pretty well in the short term, but in the long run it actually makes you more sad, more anxious, and more fearful. So you’re basically trading short-term relief and short-term avoidance for long-term misery.

So worry as problem-solving, magical thinking, or avoidance, that can become habitual. It feels good for a little while, and your brain rewards you for doing it. So this basically makes deeper neural pathways for worry, which makes you worry more. And you get the idea. We basically can become addicted to worry.

So let’s talk briefly about what to do to stop worrying. This is obviously a much bigger topic than we can cover in a short video, but let me give you a few ideas.

Number one: do intentional problem solving. So we need to take worry from something we’re doing unconsciously and make it intentional.

So the first thing you need to ask is, “Is it likely that I could actually do something about this problem?” If the answer is “yes” or “most likely,” then it may be worth it to actually spend time imagining future problems and their solutions.

But then I would just say schedule in a time to do this. Just schedule in 30 minutes to worry each day. And this is to actively problem solve.

Don’t let your brain choose when you do it, because it would always be right when you’re trying to do something important, like sleep or play with your kids.

So if this idea of scheduled worry sounds crazy to you, it isn’t. It’s a super effective way to train your brain to use its imagination in a helpful way. You can learn all about this in the course Worry Free, where Nick Wignall can teach you in about two hours how to stop the habit of worrying.

I’ve got more information about that course down in the description, so check that out if you’d like to learn more about worrying and that very specific skill of scheduled worry.

Number two: we’ve got to challenge your magical thinking. You could try to run some experiments. So you try imagining good things happening for a while, and then just see if that made bad things happen. When you don’t worry and the bad things don’t happen, it retrains your brain that the bad things aren’t prevented by worry.

Now, Dr. Rossman’s book teaches you how to use guided imagery to replace worry. And I really do like his book, so you could also check that book out. That is not a paid promotion, by the way.

3. Get Better at Feeling

Number three: instead of avoidance, learn to get better at feeling. Stop using intellectualization and worry as a way to avoid your emotions. So instead I would say increase your willingness skills. Willingness is our ability to feel emotions.

When you practice feeling your feelings, they become less scary, and you can develop more confidence in your own ability to handle them.

My emotion processing course goes into a lot of detail on this, so you can also check that out if you’d like to learn that skill.

I hope that’s all helpful. Thank you for reading, and take care.

How Your Brain Can Turn Anxiety Into Calmness 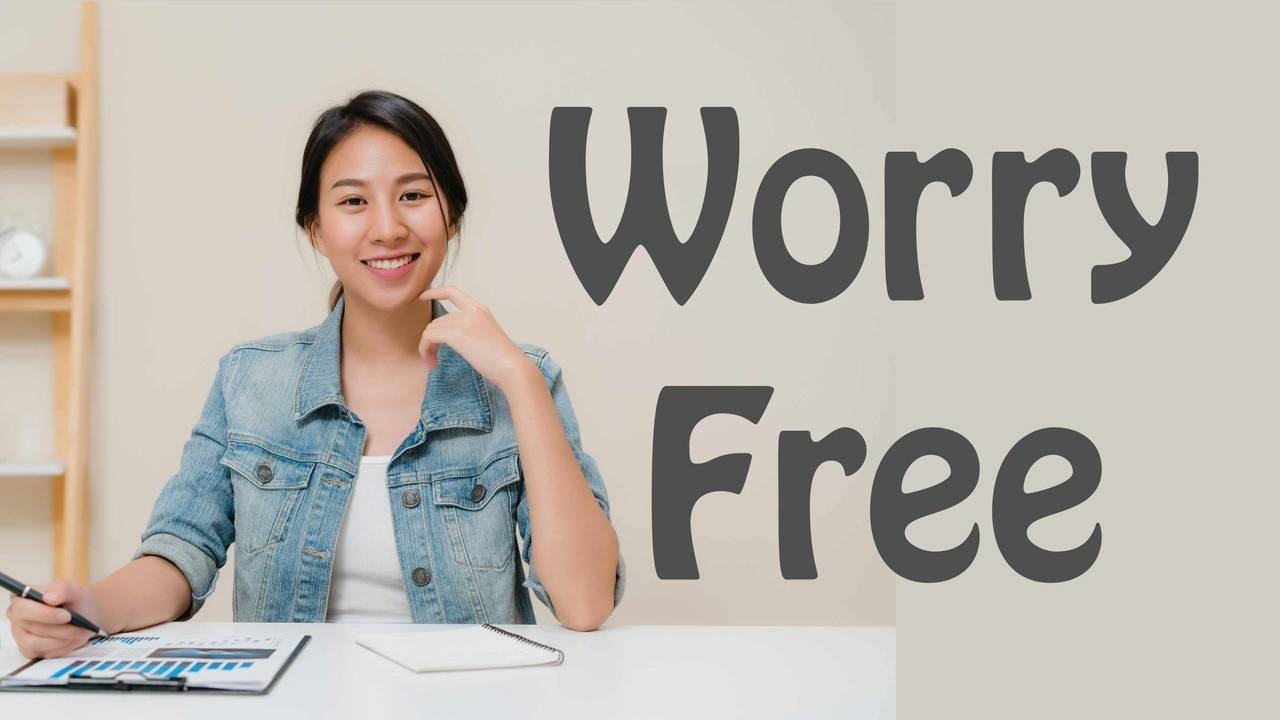