The Healing Power of Gratitude

How Gratitude Changes Your Brain to Make You Healthier, Happier, and More Enjoyable to Be Around

The Power of Gratitude to Change Your Brain

I recently heard about an interesting study that examined the lives of two groups of people: those who had won the lottery and those who had become paraplegic. You might assume that the group of people who broke their backs would be less happy than the group of instant millionaires. But that’s not what the study showed.
One year after their supposed “life-changing event,” both groups expressed the same levels of happiness.
We often assume that our happiness or misery is directly connected to the things outside of us: our job, the people around us, the things we have or don’t have. But that’s simply not true.
Abundance does not come from things. Abundance comes from a mindset. Feeling rich or poor has very little to do with what we actually have, but comes rather from how we think about what we have. Fortunately, we can counteract the scarcity mindset by developing an abundance mindset through one simple practice: gratitude.
Even as I write this, I feel a little doubt about what I’m saying because I live in relative ease compared to the lives of many. I have food, I have health, I have a home. I can’t tell you that I would find happiness even in a concentration camp — but I can tell you the story of someone who has.
Corrie ten Boom was a Dutch watchmaker and one of my heroes. She and her family hid Jews during the holocaust. But eventually they were caught and her family arrested and sent to prison, which led to the death of her father. In her book, The Hiding Place, she tells the incredible story of being transferred to Ravensbruck, an infamous death camp in Germany.
As they walked into their barracks where they slept on filthy straw, crammed onto wooden planks with hundreds of other prisoners, they discovered that the place was crawling with fleas, tiny biting insects that chewed on them day and night. Corrie’s sister, in that moment, decided to follow a verse from the Bible: be grateful in all things. Corrie and her sister said a prayer of gratitude in that moment, even for the fleas.
Because of their attitude, their experience in the camp was one of service and doing good. They lifted up others through group meetings each evening. And later, they even learned that the fleas protected them — they kept the guards from coming into their barracks. The fleas made it possible for them to hold their meetings in peace.
Betsie eventually died while there, and Corrie was released 12 days later due to a clerical error. And after she was released she continued to do good, housing and protecting the disabled, who feared extermination, and teaching love and forgiveness, even toward two of the guards at Ravensbruck, one of whom had been particularly cruel to Betsie. You really should read the whole book; it’s incredible.
Brene Brown said: “Without exception, every person I interviewed who described living a joyful life or who described themselves as joyful actively practiced gratitude and attributed their joyfulness to their gratitude practice. And both joy and gratitude were described as spiritual practices that were bound to a belief in human interconnectedness and a power greater than us.”
In my opinion, gratitude is one of the most powerful ways to shift into a state of peace and connect with your inner joy. And the research backs this up. The active practice of gratitude is pretty easy to do, but it actually changes brain chemistry and structure.
In this post I’m going to teach you how gratitude changes the brain, as well as some really simple ways to practice gratitude so that you can be happier and healthier.

The Benefits of Gratitude

Research shows that people who practice gratitude feel happier and more positive, awake, aware, and self-satisfied.
Gratitude has been shown to help improve mood and combat anxiety and depression. Research shows that gratitude releases serotonin and dopamine — the happiness and reward chemicals in your brain. When we practice gratitude we are essentially strengthening the neural pathways of contentment and happiness, and these pathways can build lasting characteristics.
Gratitude helps with anxiety by interrupting the cycle of constantly scanning for dangers. When we are in fear or scarcity mode, our brain turns on the FFF response, but when we think of gratitude, research shows that the hippocampus and amygdala are activated. These parts of the brain aid in emotion regulation and can help turn on that feeling of safety, contentment, and calm — that feeling of abundance.
Basically, gratitude practice is a way to regulate the autonomic nervous system. Gratitude can turn on that parasympathetic response and reduce stress hormones like cortisol. When we regulate the nervous system, that has a big impact on reducing the symptoms of depression and anxiety.
Thanks to modern imaging, researchers can see another part of the brain that get activated by gratitude: the prefrontal cortex, which is partially responsible for managing violence and negative emotions like guilt and shame.
Gratitude can help you be more emotionally stable and resilient. In general, grateful people are happier, more satisfied with their lives, less materialistic, and less likely to suffer from burnout.

Gratitude practice is also good for your physical health. It’s connected to better immune health, less aches and pains, and better blood pressure and heart health.
Gratitude is also a painkiller. A 2003 study showed that when patients in pain thought of gratitude, they experienced less pain, and a deeper dig into the outcomes found that by regulating the level of dopamine, gratitude fills us with more vitality, thereby reducing subjective feelings of pain.
Gratitude can also help you sleep better. Gratitude activates the hypothalamus, which helps regulate sleep, and the simple practice of gratitude can help people get deeper and more restful sleep.

Grateful people have better communication, more empathy, stronger interpersonal relationships, and are more likeable.
Gratitude practice fires up the ventromedial prefrontal cortex (VMPFC). This is basically the area associated with pure altruism (your brain craves the experience of giving), and people who practice gratitude tend to feel more and more joy in doing good for others. So basically, gratitude makes people nicer.
And studies of couples found that those who expressed more thanks to each other had more trust, more loyalty, and longer-lasting happy relationships.
There is so much good research on the benefits of gratitude practice that I could go on and on. It is one of the exercises that I recommend the most, and the one that consistently comes back with good results. So how do you do it? It’s not that hard, and it doesn’t take much time.

How to Practice Gratitude

One of the easiest ways to practice gratitude is to keep a gratitude journal. Choose a regular time each day to just write down a couple of things you’re grateful for. You could even use social media as a way to express gratitude. Try this little experiment right now: for 7 days post what you’re grateful for on your social media, and see how that changes how you feel.
Here are some other ways you can practice gratitude:
A regular practice of gratitude can change your brain structure by thickening neural pathways. Hebb’s law says that “neurons that fire together wire together.” That means that the more you practice gratitude, the better you get at it. Your brain gets better at looking for more of that, and it gets easier to feel grateful and happy.
So, for example, if you consciously notice how beautiful the sky is, you’ll be more likely to notice the beautiful sky again and feel gratitude again. Even though the sky is always there, the focus on gratitude is like a signal to your brain to notice it.
You really can change your brain. Small and simple changes like this add up over time to rewire your brain and make you healthier and happier. So choose one way today that you’re going to start practicing gratitude — and tell me about it in the comments.
You can get my mental health Journal and the course below to help with practicing gratitude and finding better mental health. 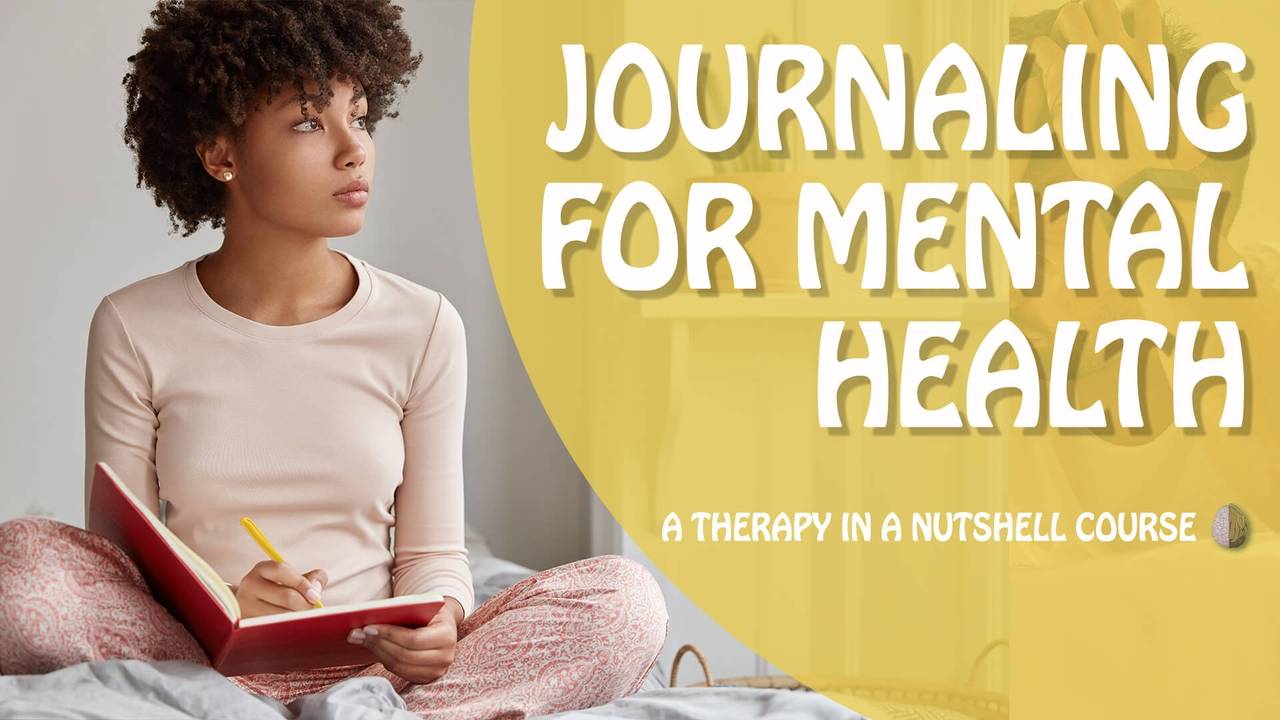