In this video we’re going to talk about heritability estimates, what the research has to tell us about how much genes contribute to mental health. You’ll learn which disorders have the highest rates of heritability and how understanding this can help you make better choices.

We’re going to jump into the numbers behind mental health heritability real quick, but first let me clarify a few things.

There are no mental health conditions that I know of that are 100% genetic. There is no single gene for any condition that we know of. There is not a depression gene or a bipolar gene.

Mental health conditions are caused by a whole bunch of complicated interplays between a bunch of different genes and our environment and how we think.

So the old debate, “Is it nature or nurture?” has given way to a much more nuanced exploration of how nurture — the experiences we have — turn on or turn off various genes, nature. This is called epigenetics.

So our experiences interplay with our biology in a way that scientists are just beginning to explore. And this is called epigenetics. It shows that with any set of genes we all have a spectrum, a degree of influence within our biological inheritance.

So in my opinion, life is about what we will do with what we have, how we’ll play the cards we were given, and I believe there’s a lot of room for growth and change.

Now, that being said, biological influences do exist, and researchers have been able to study this in two ways: by comparing twins and by researching people that were adopted and raised in a completely different environment than their biological parents.

So really smart statisticians and researchers have looked at lots of data and estimated how much genetics contribute to mental illness. So that being said, let’s look at the numbers.

Pervasive developmental disorders like autism are around 90% heritable. They’re highly neurodevelopmental. But there is a spectrum of functioning with all disorders.

So you can see with these later ones there’s a lot bigger margin of error. They’re not really sure how genes play into those.

So autism, schizophrenia, bipolar, and ADHD are some of the most heritable disorders, whereas depression and anxiety disorders seem to be influenced more by environmental and psychological factors.

This does not mean that 42% of your depression is caused by genes and 58% is caused by other factors. It’s way more complex than that. According to the American Journal of Psychiatry, heritability does not really tell you how genetic a disease is but rather how important genes are compared with other risk factors in a given population at a given time.

So for example, your height is like 90% genetic, but nutrition, injuries, illnesses, cancer on the pituitary gland, etc., these can all impact how tall you grow. And within a single disorder like depression, for example, some forms seem to be more heritable. So if you develop depression at an early age, if it’s recurrent, if it’s more severe, or if you also have an anxiety disorder, your depression is more likely to be genetically influenced.

So what do we do with this information? Can genetic testing tell you if you have a higher risk? The answer is no, not yet. The genetic influences are just too complicated for our level of science at this point. But maybe one day in the future we will be able to better understand our risks through genetic tests. You can look at your family tree to be more informed.

But just because another family member has a condition doesn’t mean you will too. So if you have a sibling with depression, your risk of also having it is two to three times greater. If one parent has schizophrenia, your chances of getting it is 10%, but if both parents have schizophrenia then you have a 40% chance of developing the disorder.

So what this tells me is that we should actively provide protective factors to help people get the support and the resources they need to lower their risk of developing mental illness.

These include good treatment, positive support networks, education, skills, supportive families and schools, opportunities to experience nature and sunlight, healthy routines like getting enough sleep and exercise and good nutrition, helping people grow up in safe homes and neighborhoods. These are all protective factors.

These should be where we put much of our efforts, and these can all help prevent the development of mental illness, then stop the cycle of mental illness being passed down through generations.

Hope you found this helpful. Thank you for watching, and take care. 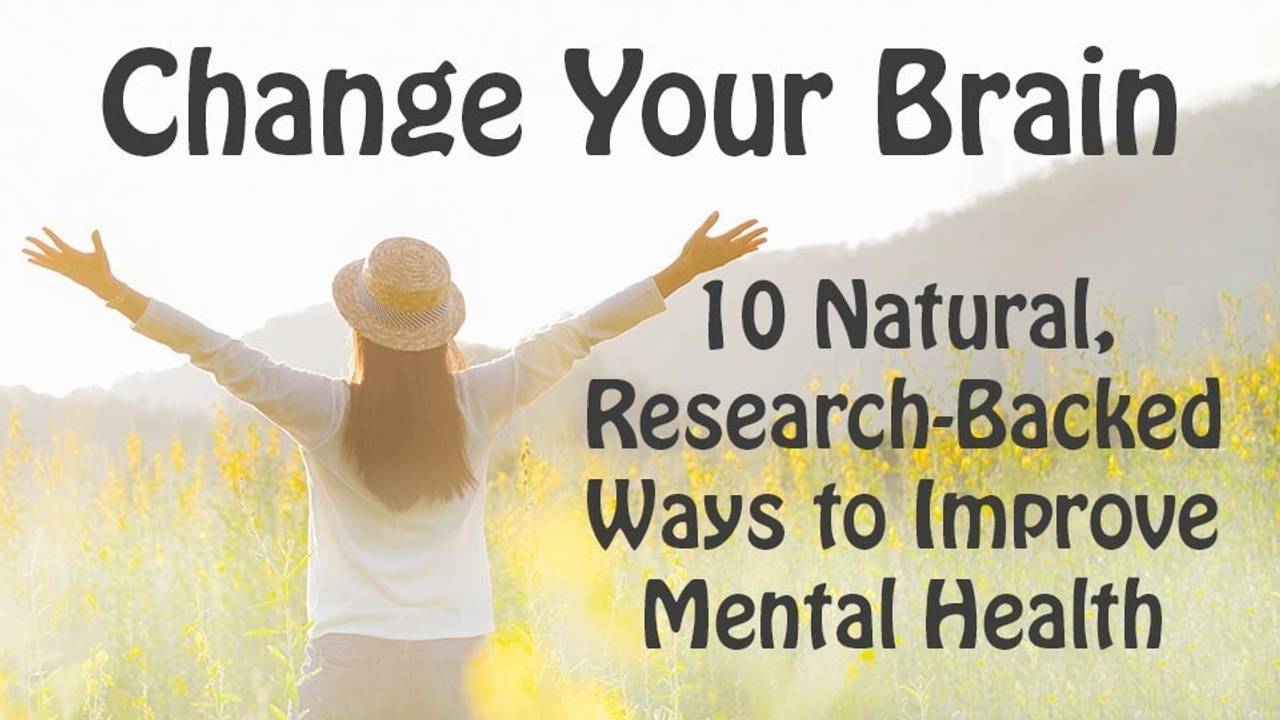 Your brain is made to rewire itself. You are meant to be healthy and happy. Change is possible!

You may feel a little hopeless sometimes when you think of mental illness. It might feel like you were born this way or that you're sentenced to just coping with depression or anxiety all your life. In this course I'll teach you that you can change your brain. You can learn new skills that can improve your mental health and get feeling healthy and happy again.
Click Here to Buy the Course
PrevPreviousHaving a Panic Attack? Guided Walkthrough to Stop a Panic Attack
NextRepressed Memories, Dissociative Amnesia, PTSD, and the Memory WarsNext