Depression Is Not Caused by a Chemical Imbalance

Depression is not caused by a chemical imbalance. That is the headline of the weekend. Or at least there’s no evidence backing the serotonin hypothesis of depression. Keep reading to hear my thoughts about this recent study.

What Does the Study Say About the Chemical Imbalance Theory?

So this is what researchers with the University College London have found after conducting a meta-analysis, which is a high quality review of dozens of studies, and it was published in a peer-reviewed journal. So this is the gold standard of psychological research.

They summarized their research by saying there’s no consistent evidence of there being an association between serotonin and depression and no support for the hypothesis that depression is caused by lowered serotonin activity or concentrations.

What Does Cause Depression?

Now, this is not surprising to the researchers and scientists who study depression. They’ve known for decades that depression is a multifaceted disease without a single cause.

And, you know, that’s not the only reason they take an antidepressant medication; it’s because they’re depressed and they want some relief from this terrible disease. And I’ll address how medication can be a good treatment option a little bit later in this video.

I made a much longer video about the myth of a chemical imbalance earlier this year, but then I decided not to publish it because honestly I was too afraid that people would feel blamed or judged or misunderstood.

And I know that for many people with depression, they hate themselves so much that the chemical imbalance explanation has been a really important belief for you. It helps you not blame yourself or beat yourself up for how you feel. And I didn’t want to undermine that without giving you something better, without something to replace it.

So I do want to be really clear: depression is not your fault, and there is something you can do about it. You deserve good information and good treatments. So if you want to watch my longer video, it’s unlisted but the link is in the description.

That being said, the chemical imbalance hypothesis was widely promoted by pharmaceutical companies and widely accepted by the public since the early 2000s. Doctors, therapists, news outlets, and many social media channels have widely used this hypothesis to explain what causes depression and to promote the use of antidepressants as a treatment.

And to be clear, there are biological contributing factors for depression which researchers don’t completely understand.

There are correlations to things like nutrient deficiencies, hypothyroid. Some medications can cause depression. Gender contributes to depression symptoms. Substance abuse, a genetic interaction with the environment, and possibly things like food allergies and inflammation and toxins, brain injuries, infections, and your gut microbiome can all contribute.

There are also physical changes in the brain, guts, and bodies of people with depression. We just aren’t good at diagnosing them.

And there is no single cause. There is no physical test for depression. We’re much better at diagnosing the psychological and environmental causes of depression, things like abuse and trauma and stress and social isolation, the loss of a loved one — these are all more easily identifiable causes than any physiological cause of depression.

What’s the Point of Medication?

Now, all of that being said, I was speaking to someone this morning and she basically said, “Well then, why the hell am I taking medication?”

Medication is still an effective treatment for many people. When compared to a placebo it helps about 20% more people reduce their depression symptoms. Medication is also generally cheaper and easier to access than other treatments, and easy accessibility really matters with a disease like depression that saps your energy and your motivation.

Researchers aren’t sure why SSRIs work, but one hypothesis is that they promote neuroplasticity, which is the ability your brain has to change and heal.

What Are My Options for Treating Depression?

Now, I often recommend to my clients with severe depression that they explore their medication options with their doctor or psychiatrist, but medication is not the only treatment, and it’s not as effective as we’ve been led to believe by the pharmaceutical companies.

When you have depression, you deserve as much good information and treatment options as possible. Therapy, exercise, a nutritious diet, good sleep, and reducing stress usually get better results in the long term than only medication, and they can be used in conjunction with medication. You can do both.

Depression is a real disease. It has a combination of biological, which is your brain and your body; psychological, how you think and act; and environmental causes, so that includes trauma, stress, and abuse and social issues.

But neither is the single-minded and most likely incorrect belief that depression is simply caused by a chemical imbalance, and the corresponding belief that your only option is to take medication.

So both of these beliefs are rigid and extreme ways of thinking that can essentially impair your ability to change the things that you can change to improve your depression. They make you more helpless. Depression is not your fault, but there are some things you can do about it.

And again, there’s nothing wrong with medication. It’s a fine treatment option when you understand the pros and cons.

When we’re dealing with a disease that is so impacted by how we think about it as a society and as mental health professionals, we have to create a dialogue that empowers people. We can’t reduce stigma by just teaching people that there’s nothing they can do except to take meds.

Now, I also have an entire course on the mind and body treatments that have been shown to fight depression more effectively than medication.  There really are so many options for treating depression. Check out the Course here: 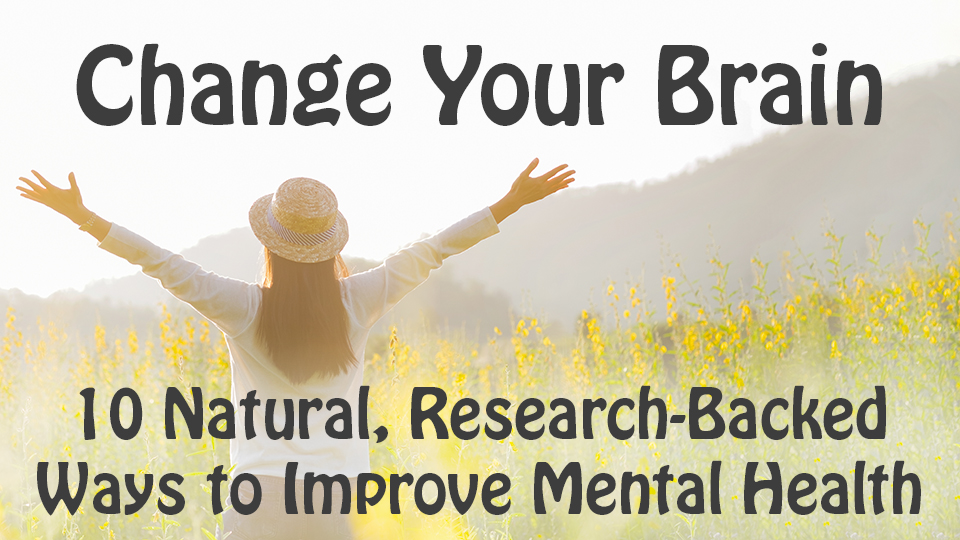 I hope that the publicity that this study is getting helps us improve the conversation around depression and mental health, helps people actually get informed from what the research says, not just what the pharmaceutical commercials taught us 20 years ago, so that we can actually help people get feeling better and get better at feeling.

Thanks for watching and take care.